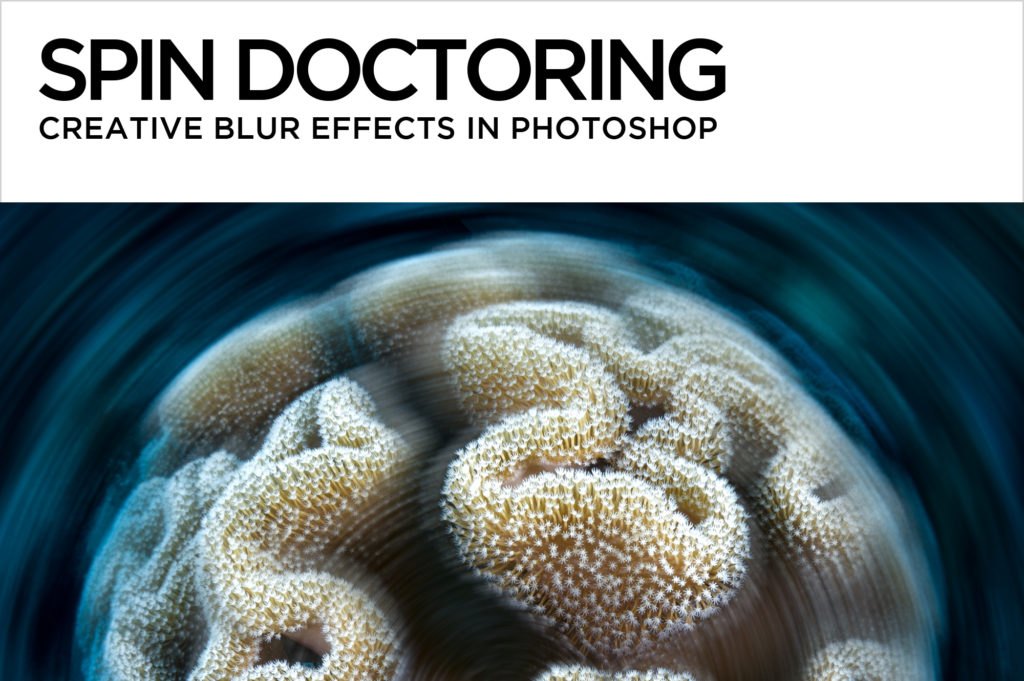 Posted at 11:45h in Photoshop, Tutorials by goaskerin_admin
0 Likes

Panning or rotating the camera at slow shutter speeds creates motion blur. It’s a technique that can yield exciting, evocative images, but the learning curve for producing predictable results is steep, and the percentage of keepers (in my personal experience) is low. 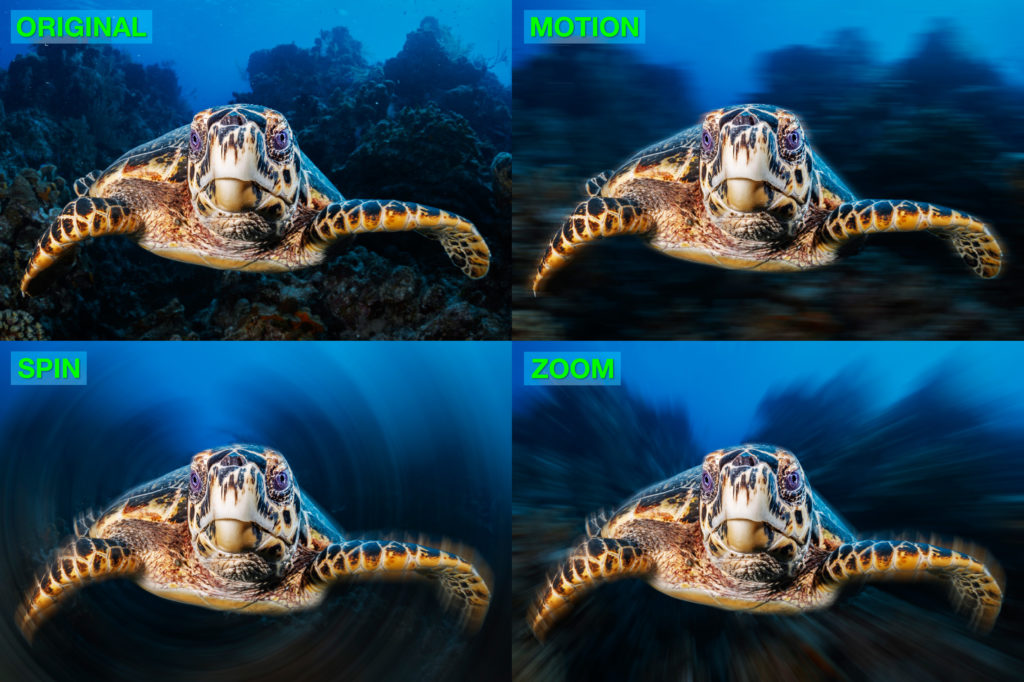 Alternatively, Photoshop offers tons of filters that mimic in-camera effects. I’ve chosen a few of my faves to delve into here.

There are two filters in Photoshop that are designed to create spin blur. The legacy filter, Radial Blur, offers both spin and zoom effects and is easiest to use, but doesn’t include a live preview or any of the more granular controls of its newer, more complex sibling in the Blur Gallery, Spin Blur. 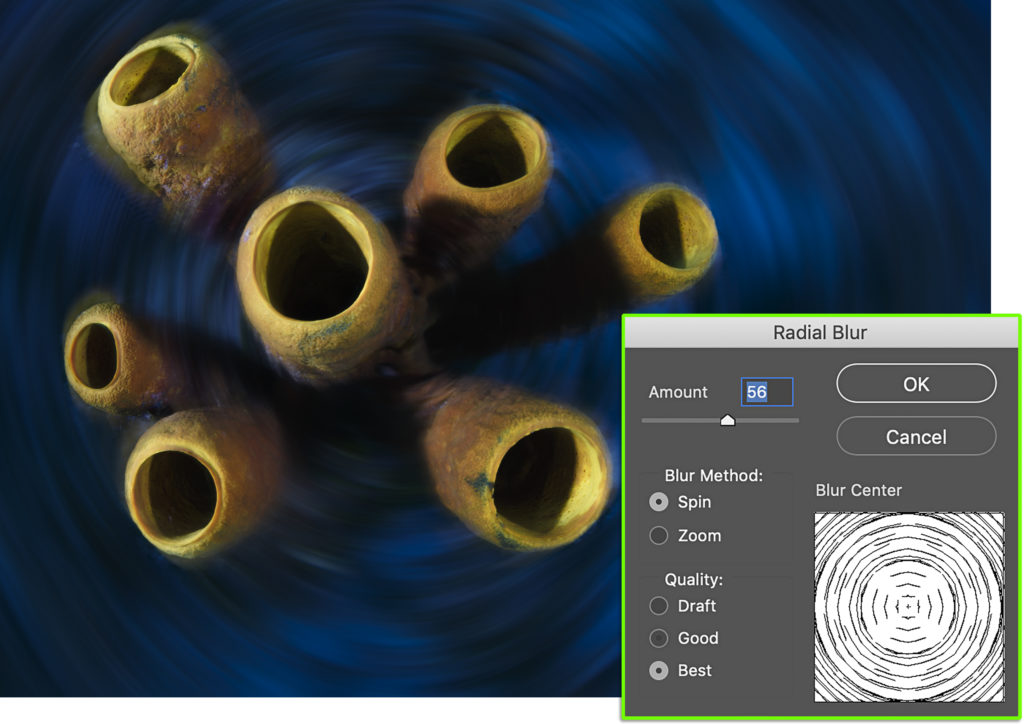 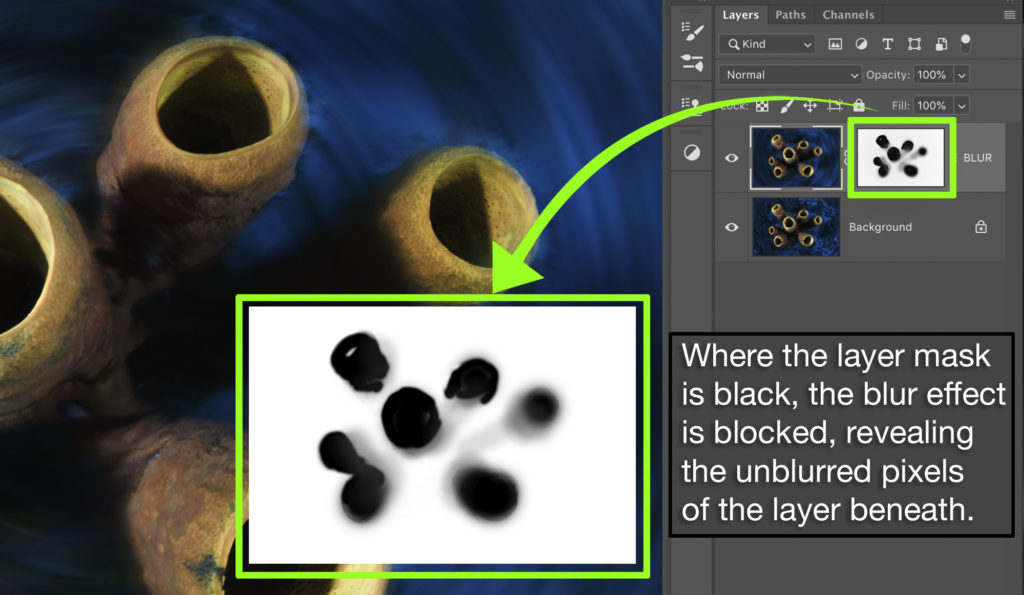 Use varying opacities of black on the layer mask to more accurately approximate the manner in which the flash from a real-life strobe would impact a blur – the most brightly lit areas would be frozen by the flash and appear sharpest, with increasingly more blur introduced as objects in the frame recede from the light source. Adjust the opacity of the brush in the brush options bar, or by tapping 1-9 (10%-90%) on the keyboard while the brush is active. Tapping zero sets the brush opacity back to 100%. 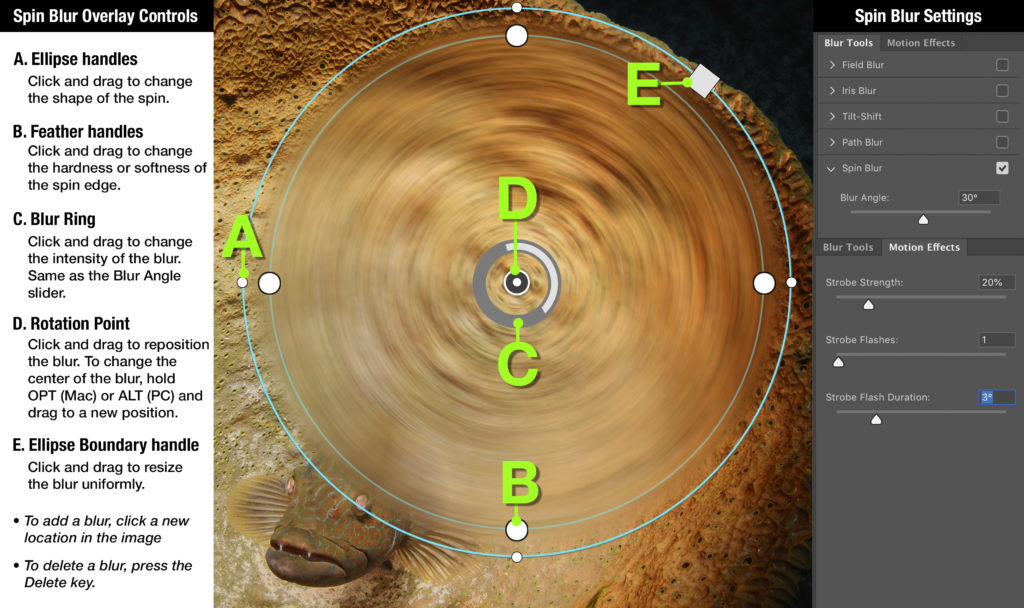 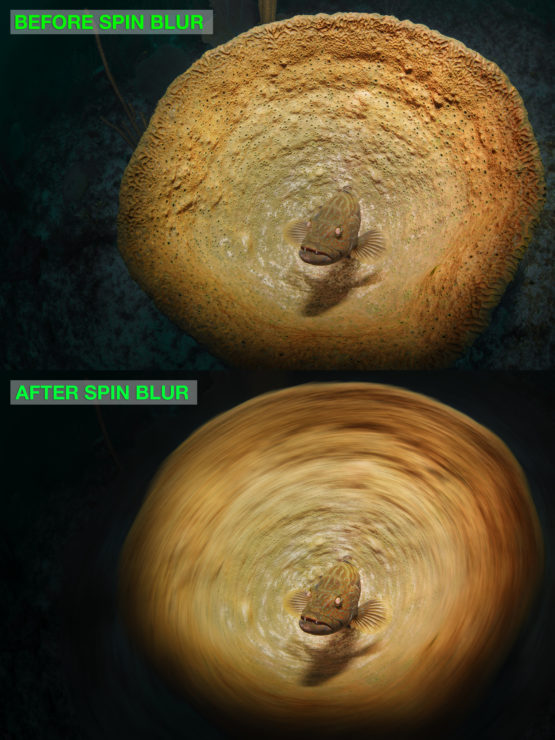 The Motion Blur filter is an older tool that’s easy to use, but has limited options and control. It simulates linear camera panning at slow shutter speeds. Its newer variant, the Path Blur filter in the Blur Gallery, lets you create multiple straight or curved blurs. 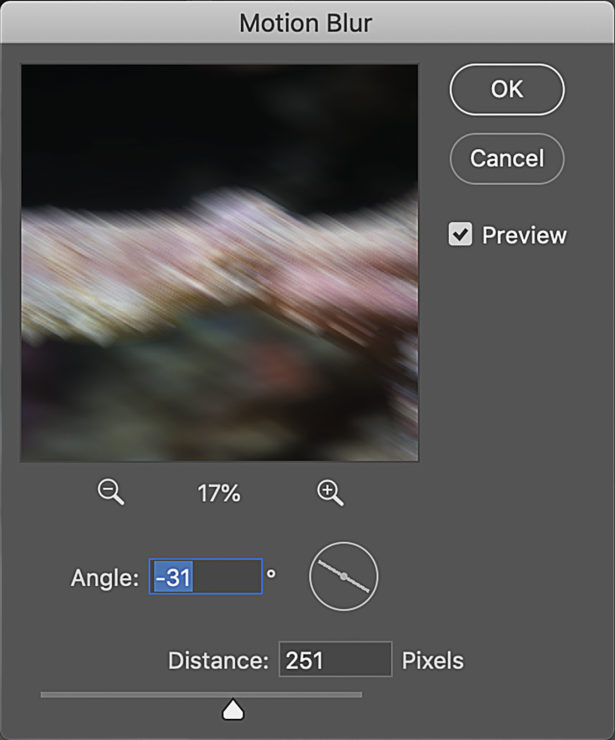 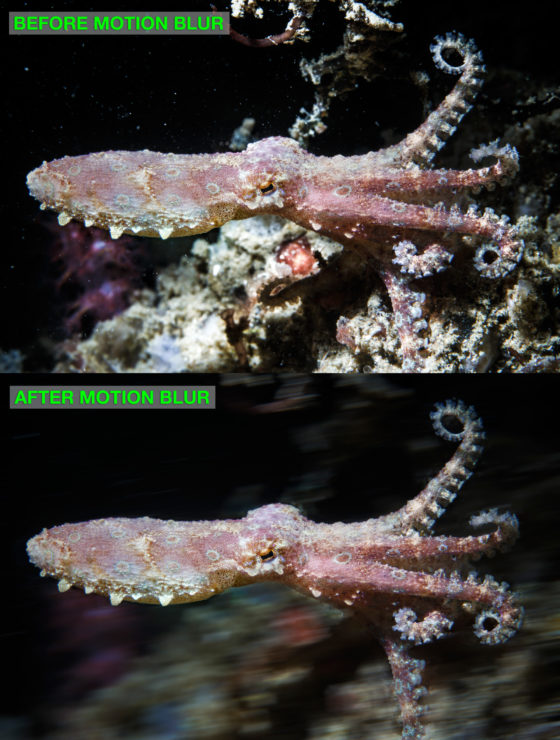 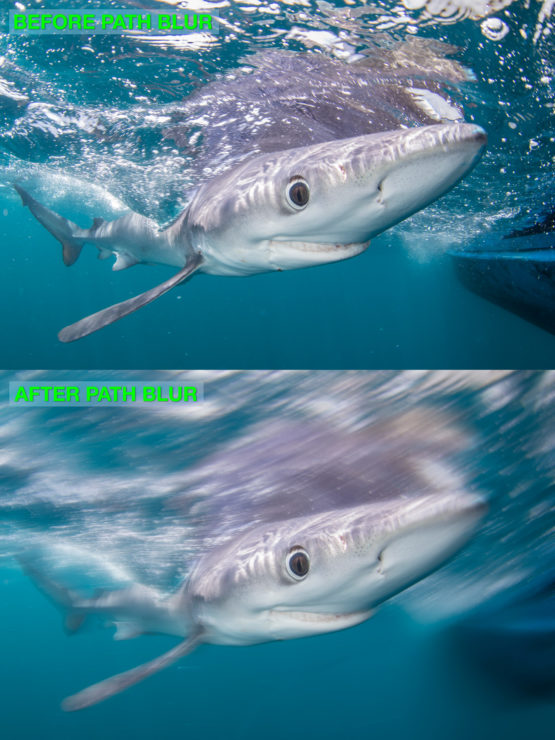 Pro Tip:
Before selecting a blur filter, convert the BLUR layer into a Smart Object. The blur filter you select will be attached to the layer as a Smart Filter, which makes it non-destructive and infinitely editable. Smart filters come with their own layer mask, and can be adjusted independently from their parent pixel layer.